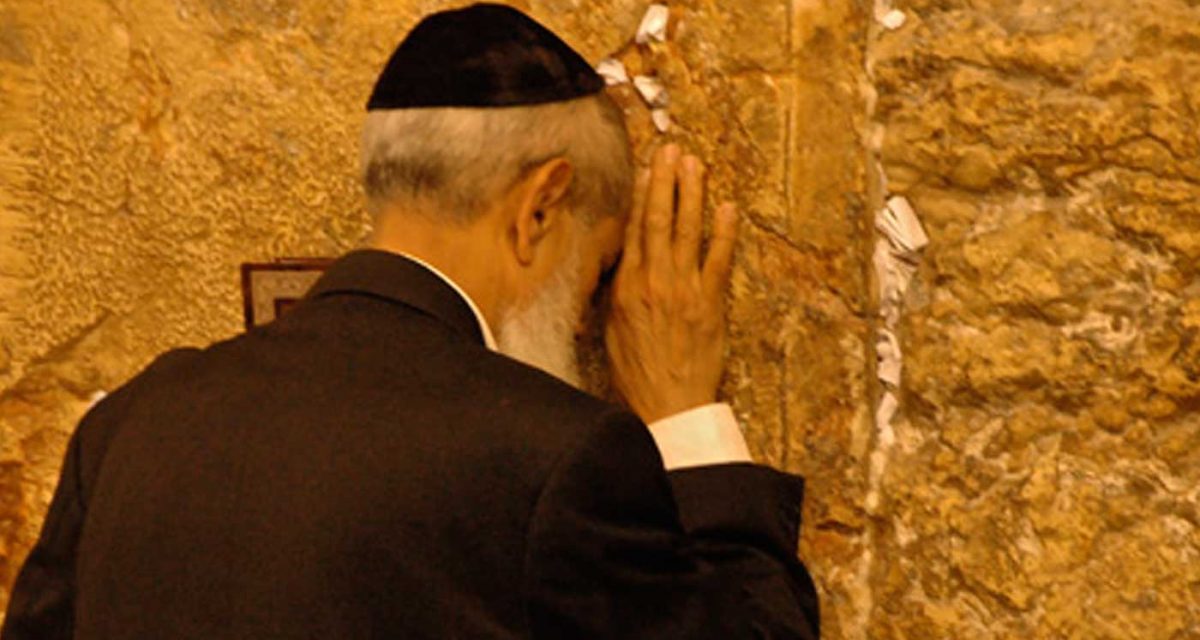 This photo moves my heart.  It was taken at the Western Wall in the Old City of Jerusalem, Israel in 2007.  The hue of this image conveys to me the merging of this Jewish man and the wall where he lays his petitions.  A union are made with his pursuit and his God.

This piece was presented at Kryd er Gallery in Dahlonega, Georgia during their “Body and Soul” exhibit March 1st – April 18th 2009.  I thank Jeff for featuring it and for giving me the opportunity to present work in this show.

The Western Wall in the midst of the Old City in Jerusalem is the section of the Western supporting wall of the Temple Mount which has remained intact since the destruction of the Second Temple (70 C.E.).  It became the most sacred spot for the Jewish faith by virtue of its proximity to the Western Wall of the Holy of Holies (where God’s Divine Presence dwelt) in the Temple.  It became a center of mourning over the destruction of the Temple and Israel’s exile, on the one hand, and of religious – in 20th century also national – communion with the memory of Israel’s former glory and the hope for its restoration, on the other. Because of the former association, it became known in European languages as the “Wailing Wall”.    Wikipedia